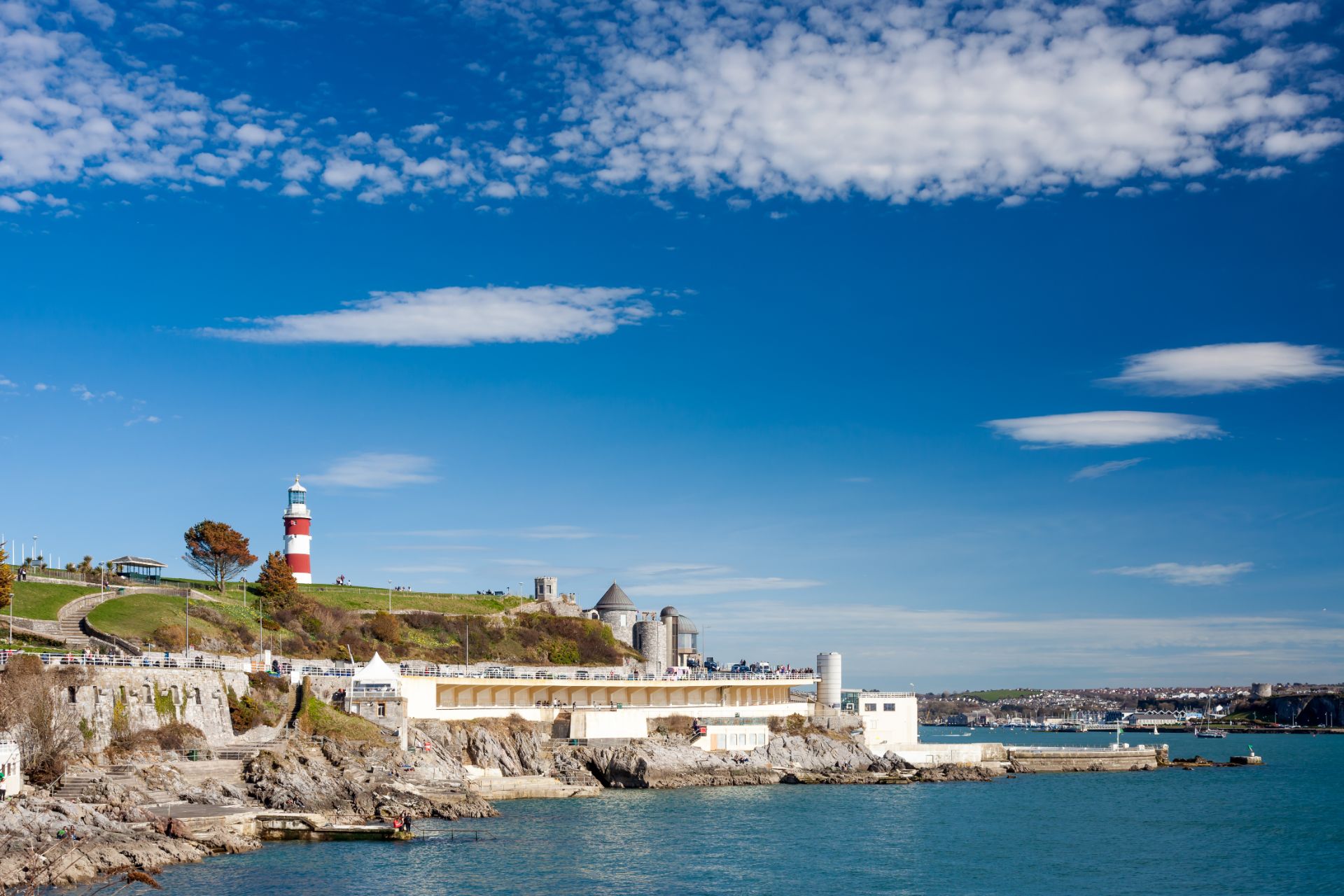 The Staycations South West guide to

Plymouth, the UK's 'Ocean City,' is steeped in history - it is the port from which the founding fathers set off aboard the Mayflower in 1620, destined to discover the new world - America. In 2020, the city will celebrate the 400th anniversary of that epic voyage. Along with its historical interest, these days the city is home to many cultural and traditional attractions, as well as offering the perfect base to discover more of Devon and neighbouring Cornwall. 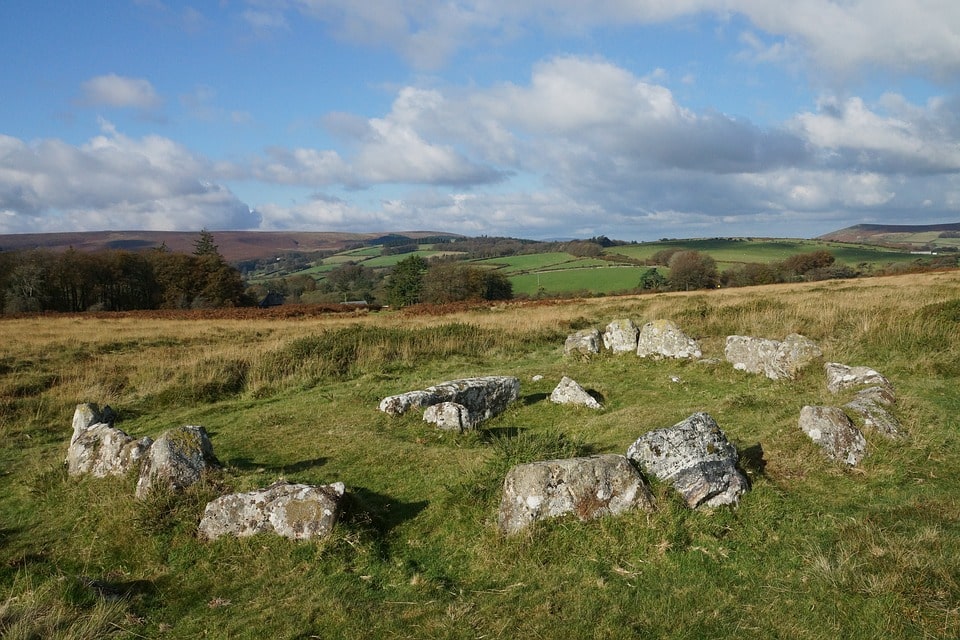 Devon, UK
Dartmoor is not just about the landscape, there's a lot more to it than that. It's not just about the ponies or the tors, the history or the heritage, it's all about getting out there and experiencing new things. This living, breathing, working landscape holds the secret to a past that stretches back over the centuries, and a future that is both sustainable and green.
Read more...

Devon, UK
Plymouth has gems other cities only dream about – the spectacular natural harbour of Plymouth Sound, unspoiled rivers and moorland on our boundaries and nearby sandy beaches, not to mention world class theatre, top night clubs, great food, a wonderful waterfront and a great lifestyle. We want everyone to get the most out of their time here.
Read more... 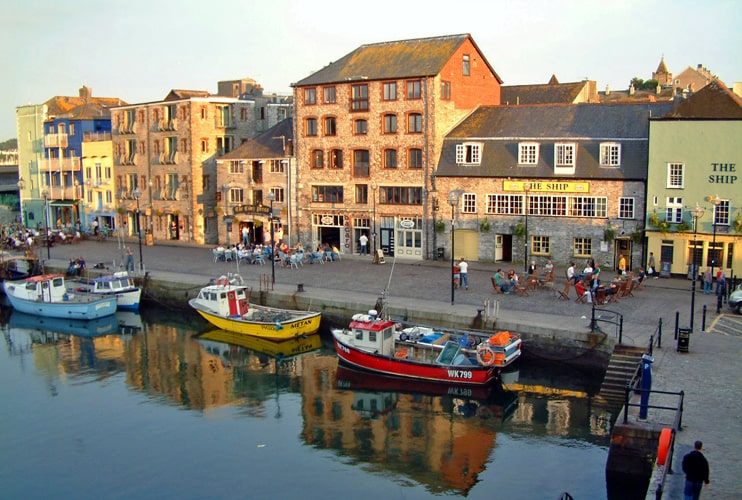 Plymouth, Devon
The Plymouth Barbican is a beautiful waterfront location full of history with its cobbled streets and diverse range of art galleries and independent shops. A fine selection of pubs, restaurants and cafes are also waiting for you to enjoy.
Read more... 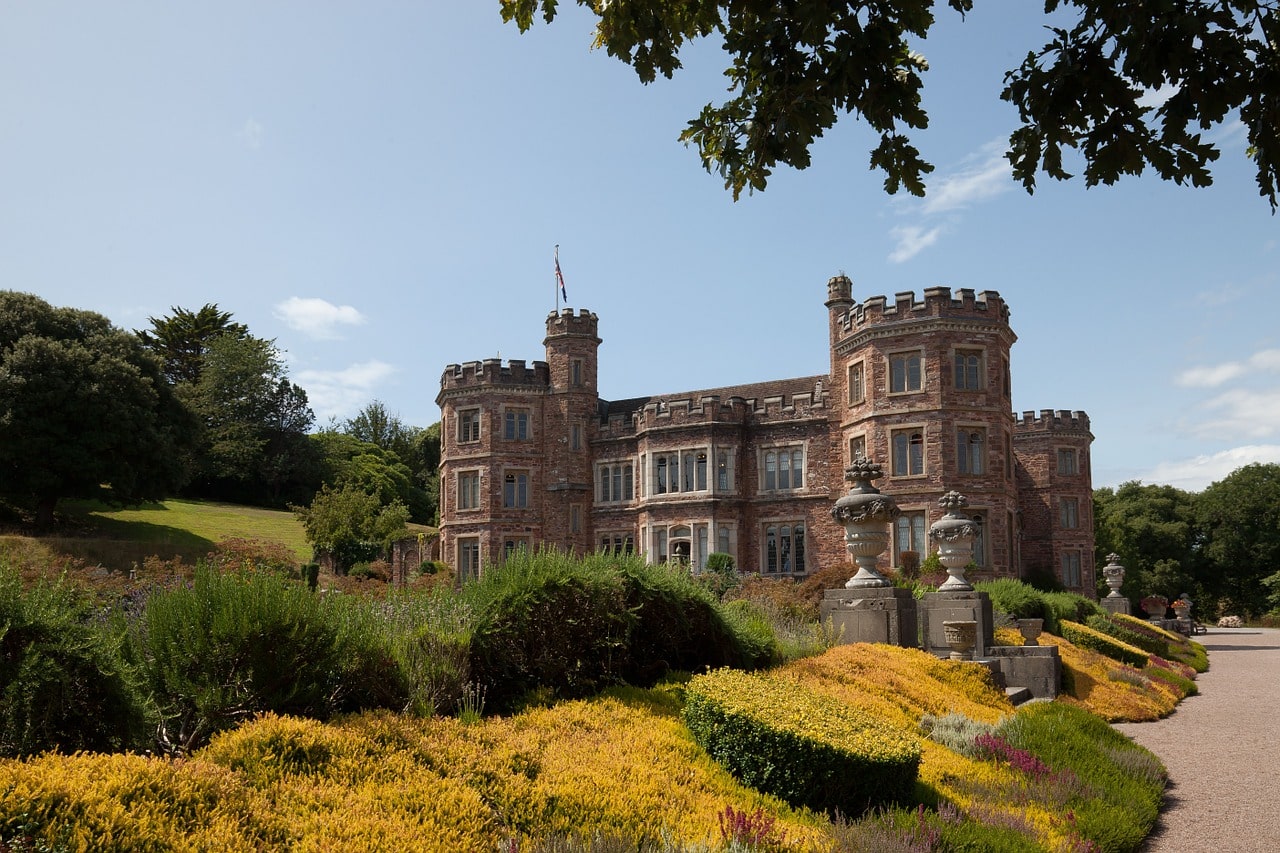 Cremyll, Cornwall
Mount Edgcumbe House is the former home of the Earls of Mount Edgcumbe and is set in Grade I Cornish Gardens within 865 acres Country Park on the Rame Peninsula, South East Cornwall. Explore, enjoy and learn about the beautiful history of the house and country park.
Read more... 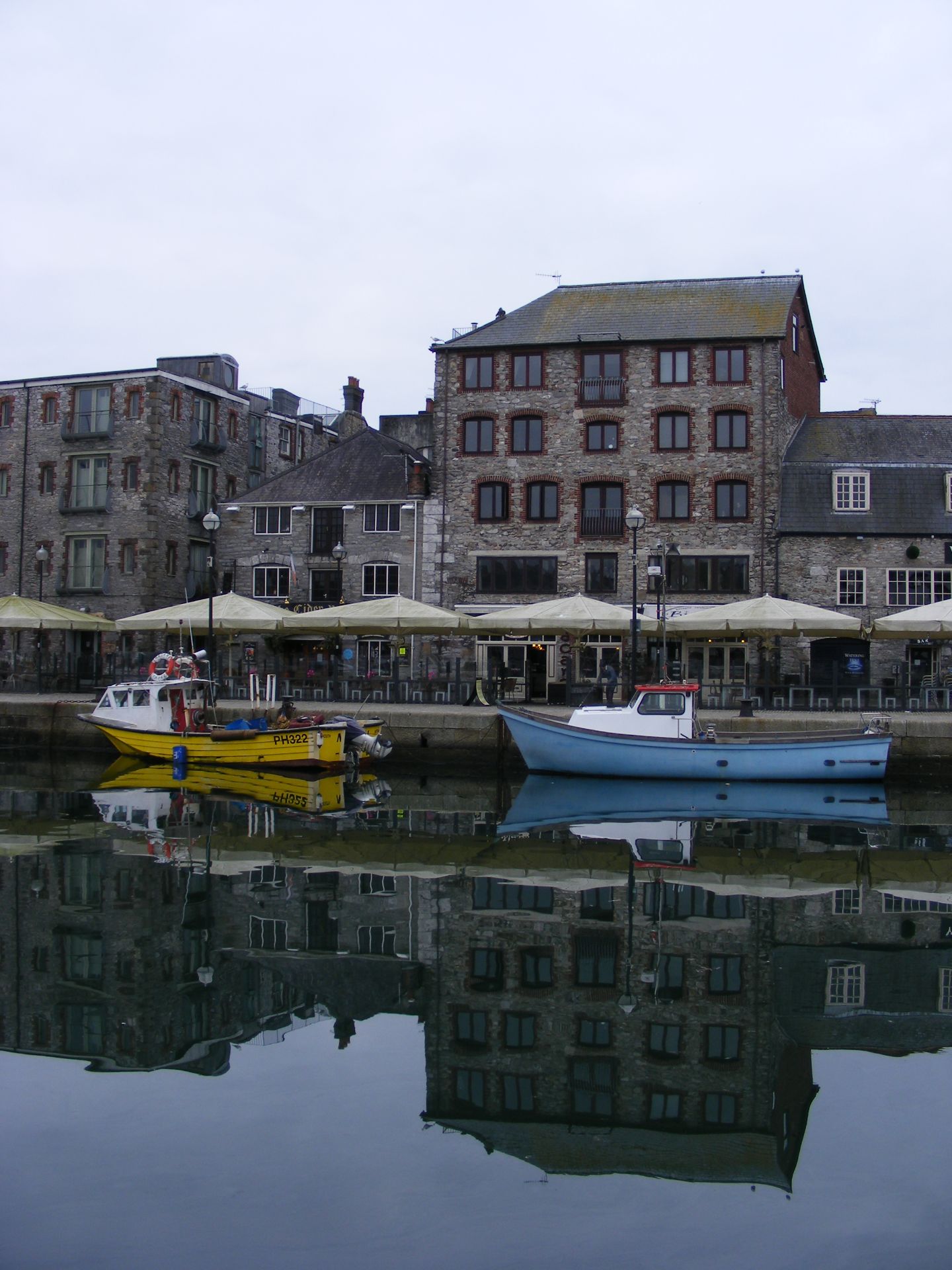 Plymouth, Devon
Whether it’s dazzling views you seek, a new dining or shopping experience you’re keen to enjoy or just want to learn some history, Plymouth’s Waterfront destinations has something for everyone. Each part of the Waterfront has a different story to tell. The historic Barbican and Sutton Harbour are the heart of the city’s heritage with the oldest buildings and the greatest number of historical stories. It’s also a place where an eclectic cuisine mix of Italian, Greek, Turkish, Japanese, Chinese, Thai, Indian, Himalayan, Mexican and British restaurants may all be found.
Read more...

Plymouth, Devon
Considered to be one of the most important groups of historic military buildings in Britain, the Royal William Yard is also the largest collection of Grade 1 listed military buildings in Europe. Today, it is one of Plymouth’s premier lifestyle destinations and a thriving hub for many Plymouth businesses, restaurants and retailers. It is also an arts and culture destination with regular public events taking place including outdoor theatre productions and open-air cinema, arts and crafts markets and the launch of Community Interest Company Ocean Studios offering opportunities for over 100 artists in residence.
Read more... 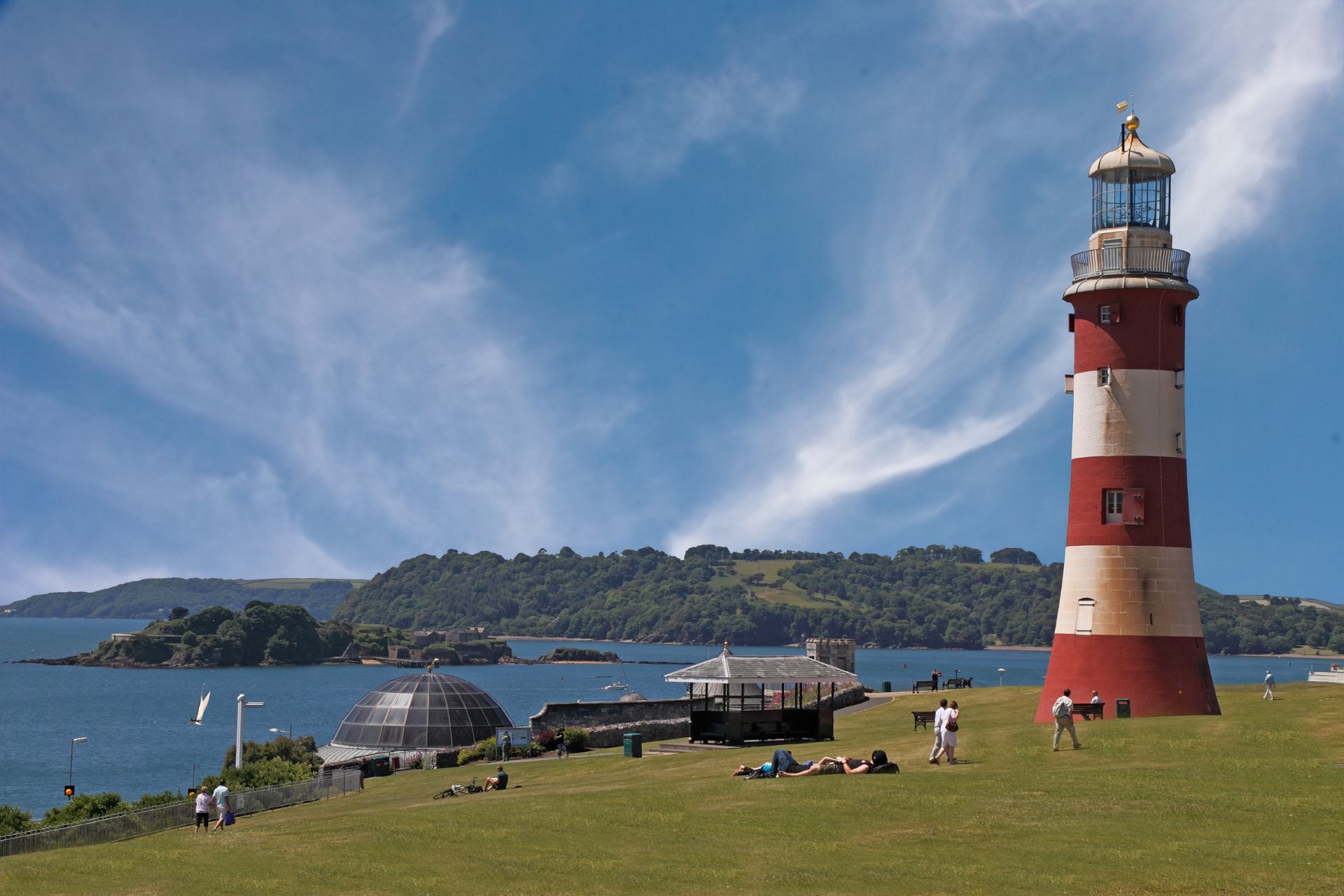 Plymouth, Devon
Plymouth Hoe is the natural heart of Plymouth with breath taking views across Plymouth Sound, one of the most perfect natural harbours in the world. Standing tall on the luscious green-lawned expanse of the Hoe is the iconic Smeaton’s Tower lighthouse.
Read more... 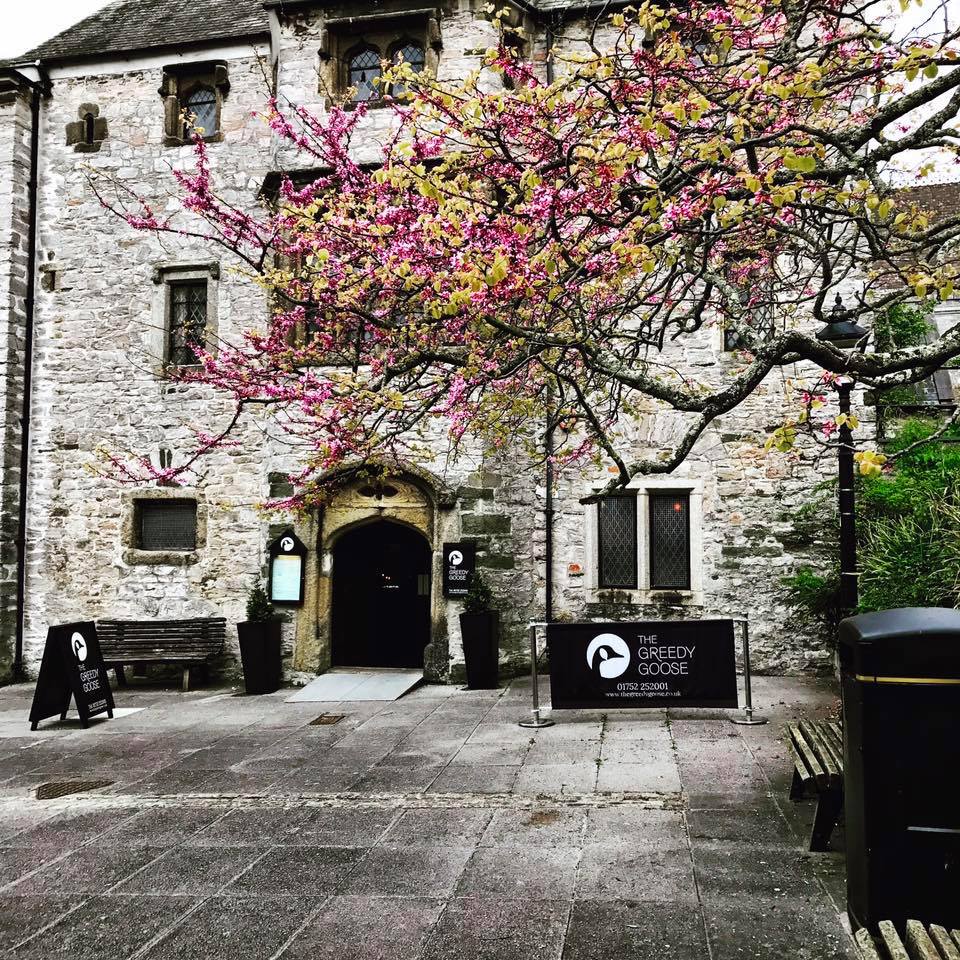 Plymouth, Devon
Sourcing the best seasonal produce from the West Country & serve them in modern, modest & flavoursome dishes, chef Ben believes that the best way to approach food is to be unpretentious & uncomplicated. Light lunch in the beautiful courtyard, dinner with friends or family, a romantic night out or a big celebration.
Read more... 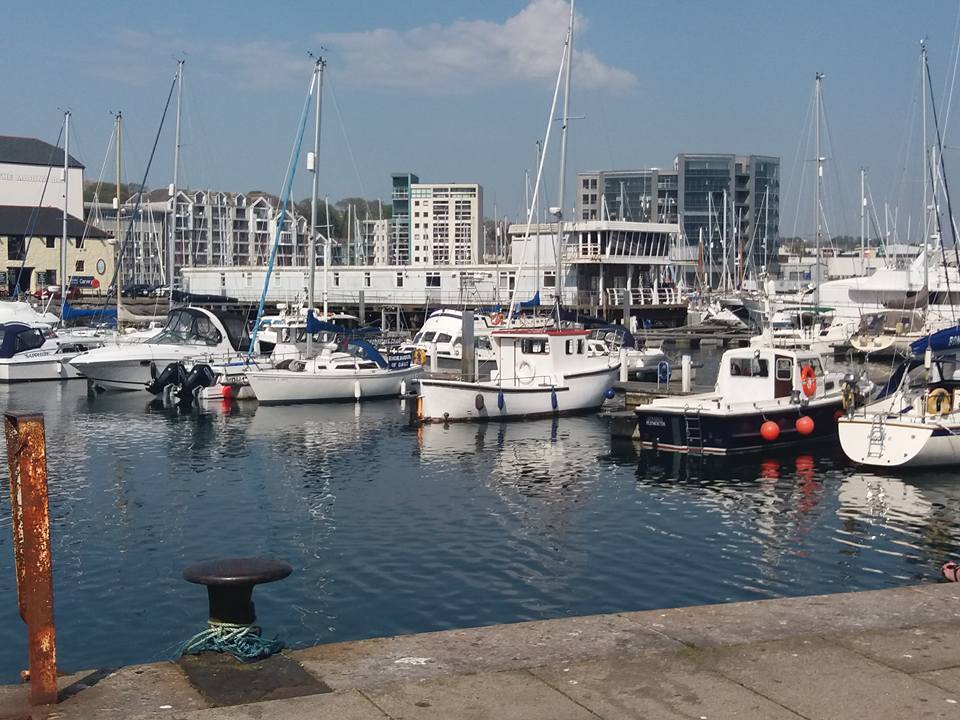 Plymouth, Devon
Along Southside Street you’ll find this relaxed restaurant with a great reputation for serving up quality fish and seafood dishes – with a Grecian twist. One of Plymouth’s oldest seafood restaurants, they’ve been serving up delicious food for more than 27 years. Why not try the fisherman’s platter, featuring tiger prawns, scallops, mussels, calamari and more!
Read more...

Plymouth, Devon
You can’t get much closer to the water than this! Tucked in the fisherman’s arches near the Mayflower Steps, choose from their classic menu or the new Scallop Shack menu, which offers locally-caught scallops (from their own boat) that have been lovingly shucked, prepared and cooked to order by their expert chefs.
Read more... 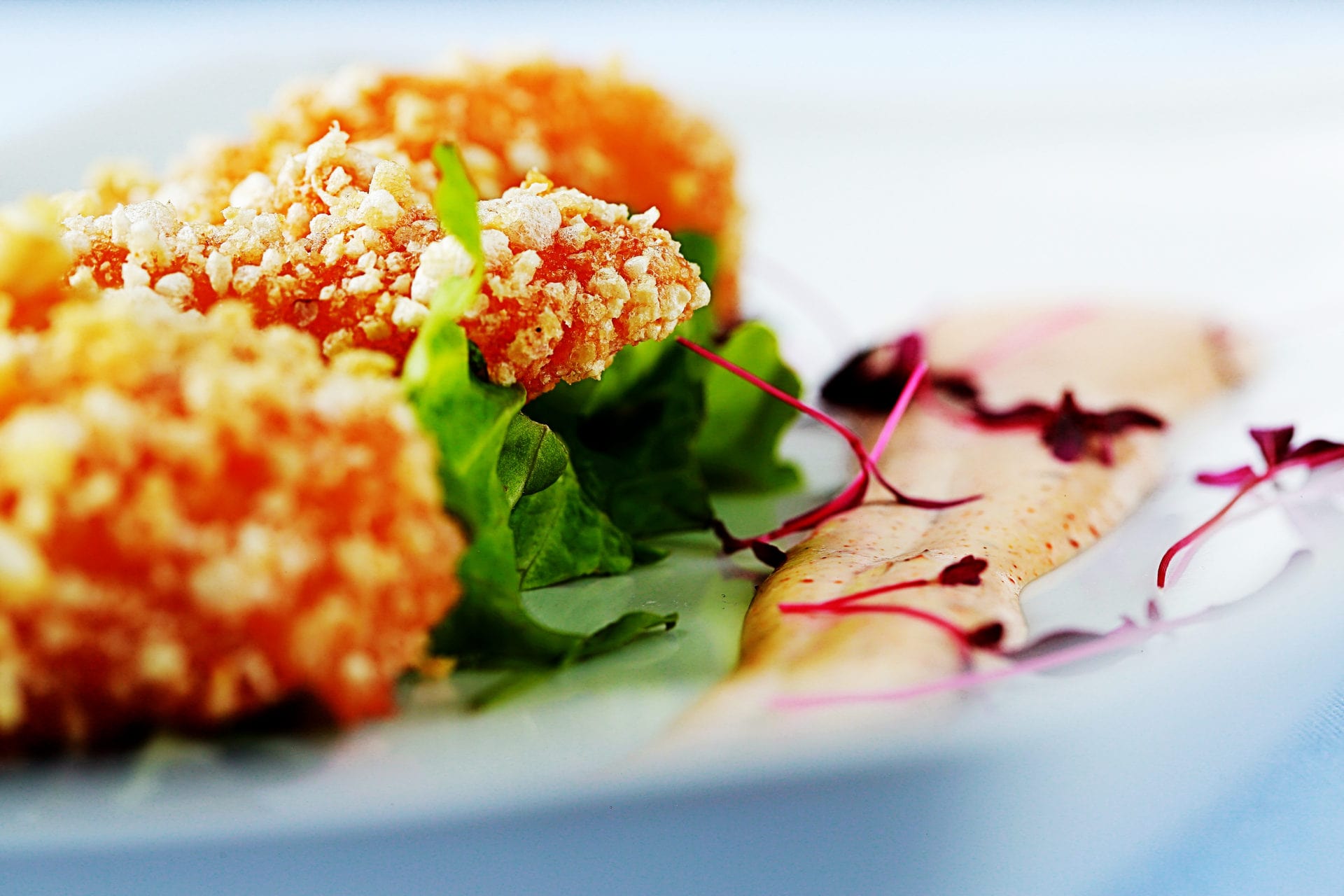 Plymouth, Devon
Steve’s Brasserie is set within the New Continental Hotel. An independent, family run hotel and restaurant that caters handsomely for diners looking for great food, made using the finest local fresh ingredients and prepared by a brigade of talented chefs.
Read more... 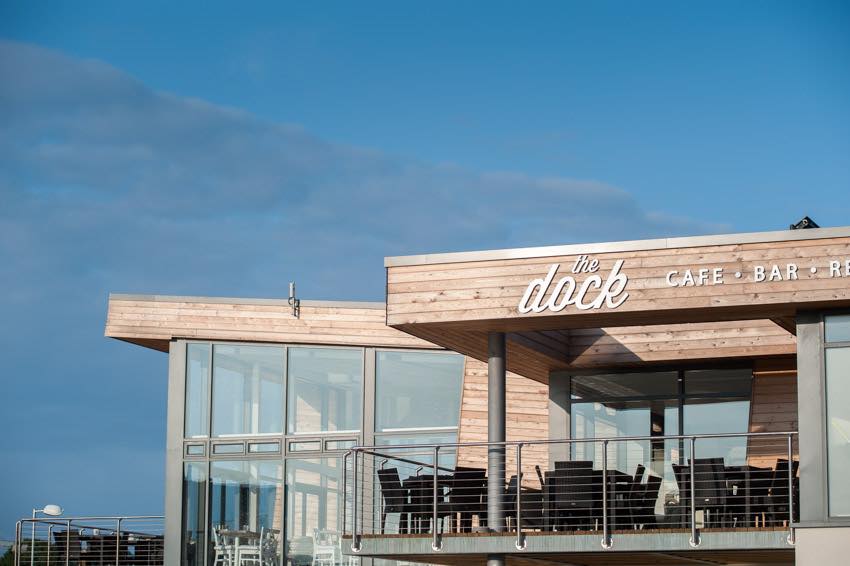 Plymouth, Devon
With an unbeatable combination of great food and great coastal views, The Dock is a family run café and restaurant that’s perfect for everyone. Whether you’re celebrating something special or just catching up with friends over coffee or cocktails, the venue offers an informal, relaxed setting for breakfast, lunch or dinner. Situated at King Point Marina, in the heart of the Plymouth’s vibrant and ever changing Coastal Quarter in Millbay, enjoy the wonderful outlook from the two al fresco balcony dining areas.
Read more... 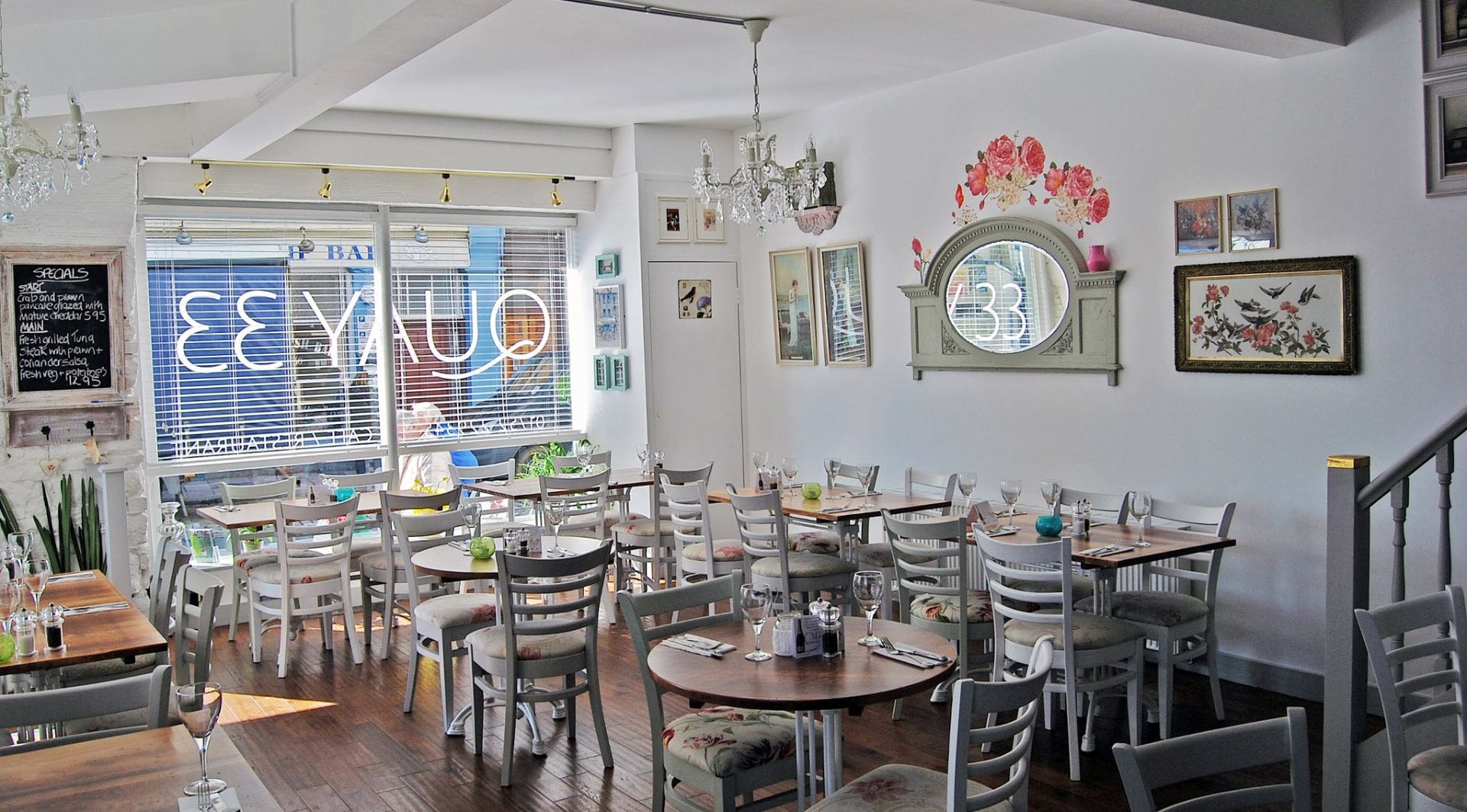 Plymouth, Devon
Another Southside Street gem is Quay 33, a restaurant that prides itself on fantastic quality, locally sourced, homemade fresh food. Fish fans will love the great range of menu options, with everything from a classic fish pie to seafood risotto on offer.
Read more... 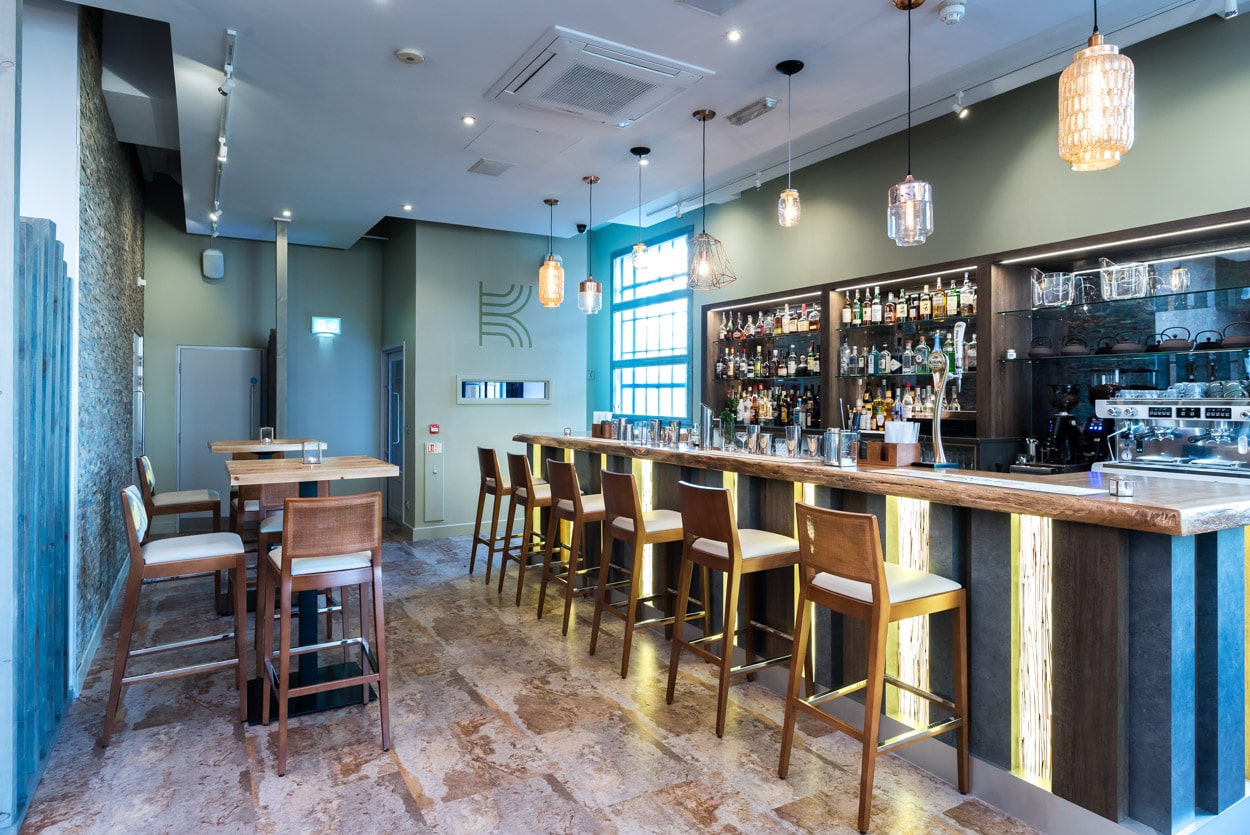 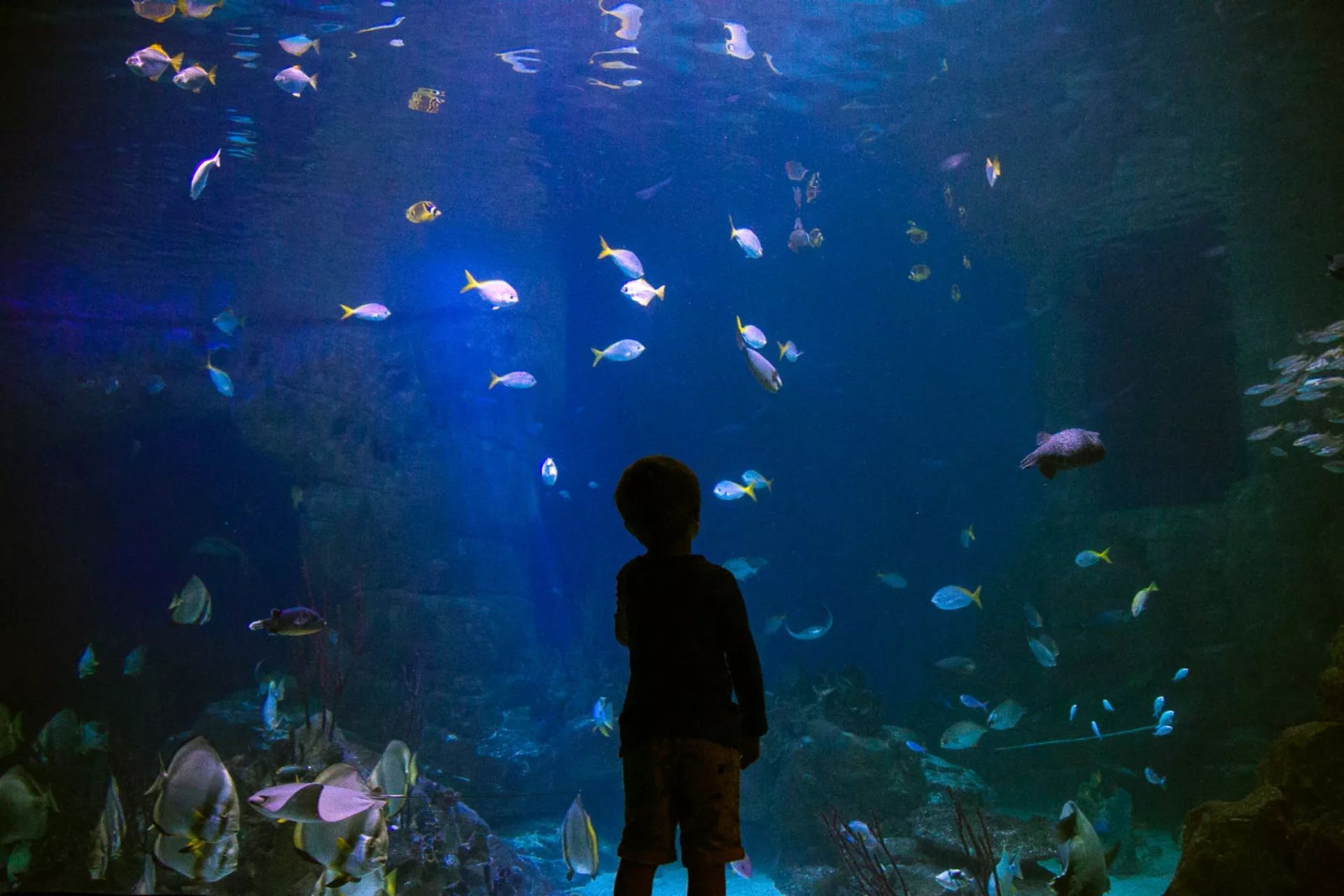 Plymouth, Devon
Visit the UK's largest Aquarium and be amazed by their fascinating underwater world and how we can all play a part in conserving it. Based in Plymouth, the National Marine Aquarium has more than 5,000 Ocean animals and underwater exhibits.
Read more... 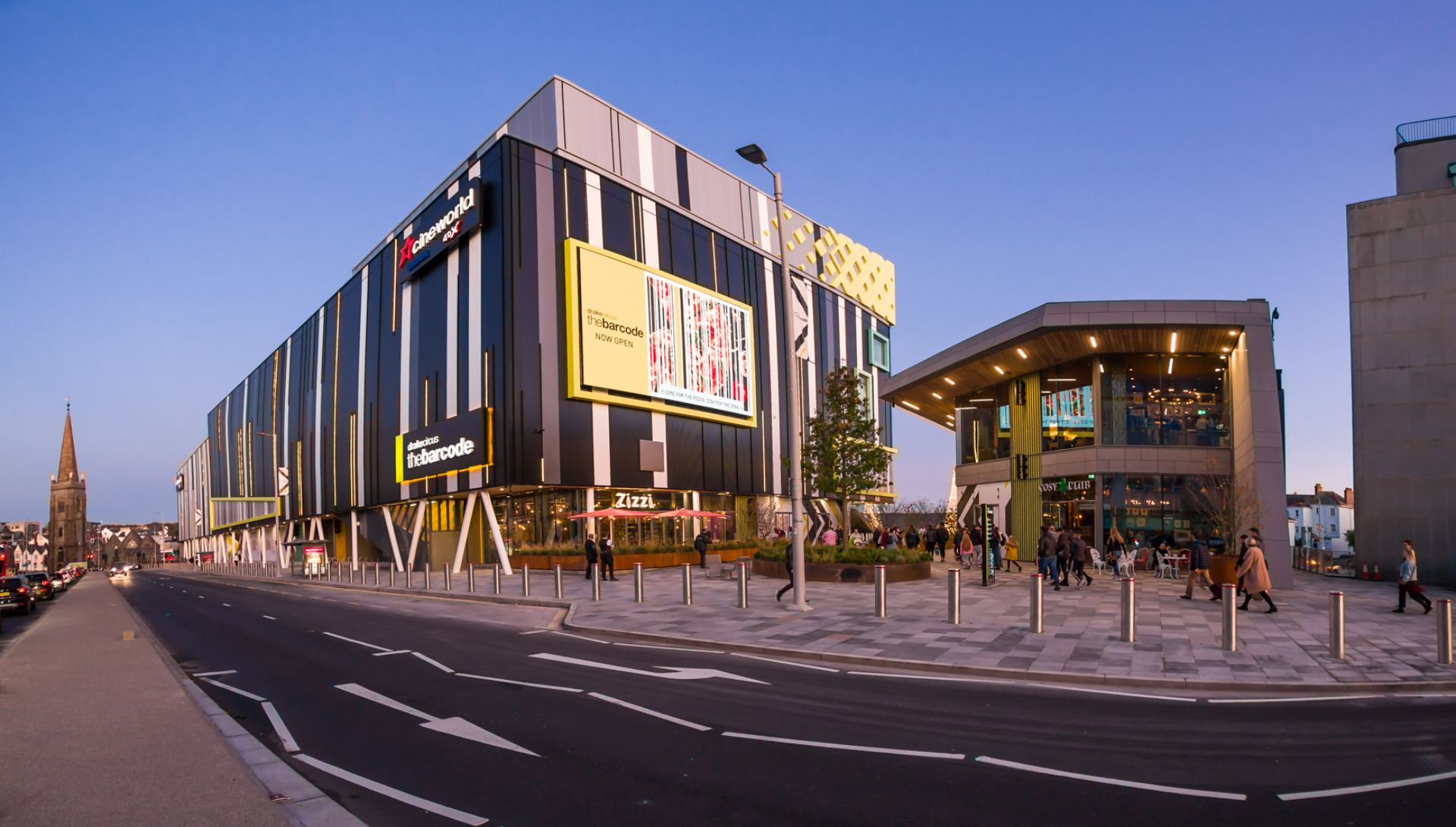 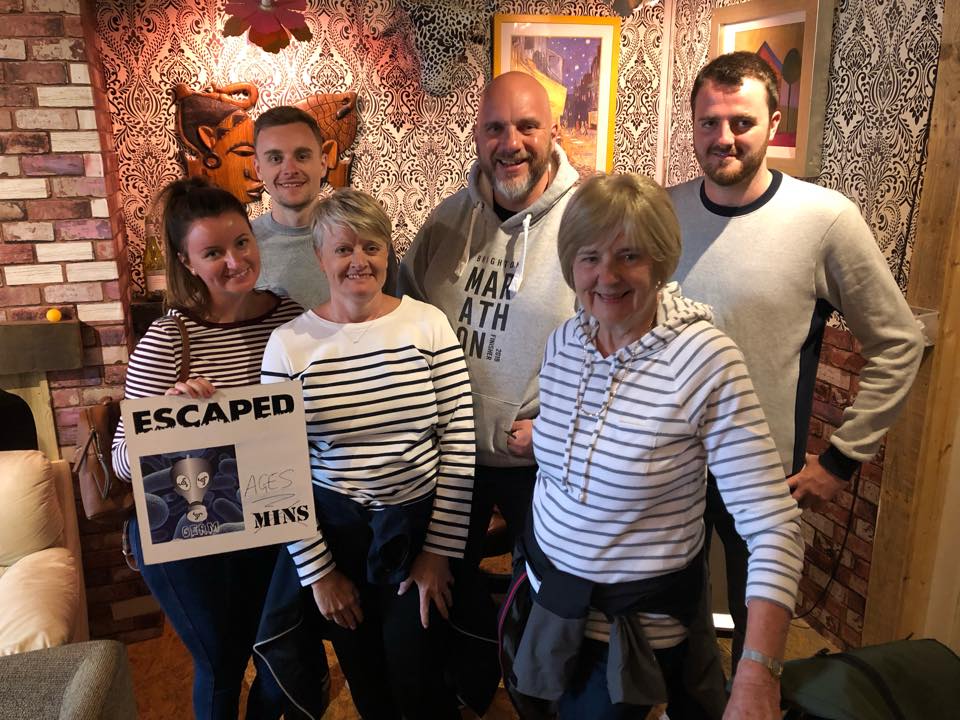 Plymouth, Devon
Enter a real-life escape game in which players to work together to solve hidden puzzles in a bid to escape a locked-in themed room before the one hour timer runs out. Gives players the opportunity to use their intuition, teamwork skills and intelligence to accomplish a unique and challenging task.
Read more...

Plymouth, Devon
Black Friars Distillery, the working home of Plymouth Gin since 1793, is the oldest working gin distillery in England. Here you can take a guided tour and learn about the art of making the world-famous Plymouth Gin.
Read more... 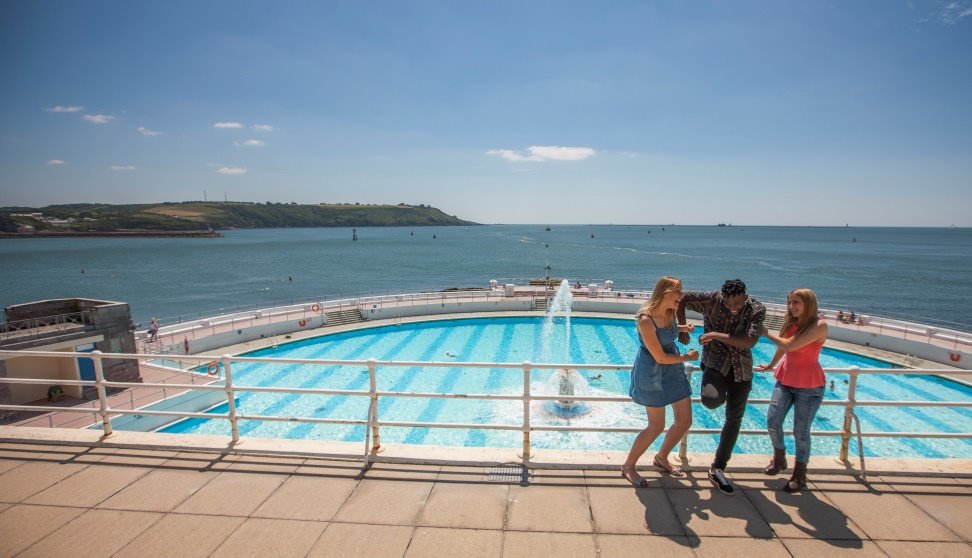 Plymouth, Devon
Overlooking the sea and with a cafe and spacious terrace, Tinside Lido can be found at the tip of Plymouth Hoe and is the ideal spot for swimming and sunbathing. Built in 1935, Tinside is a slice of the quintessential British seaside from a bygone era. The Lido is a wonderful example of art-deco style and is Grade II listed. Open during the Summer months this fantastic outdoor salt water swimming pool offers both local people and visitors to Plymouth beautiful surround in which to swim, sunbathe and watch the world go by.
Read more... 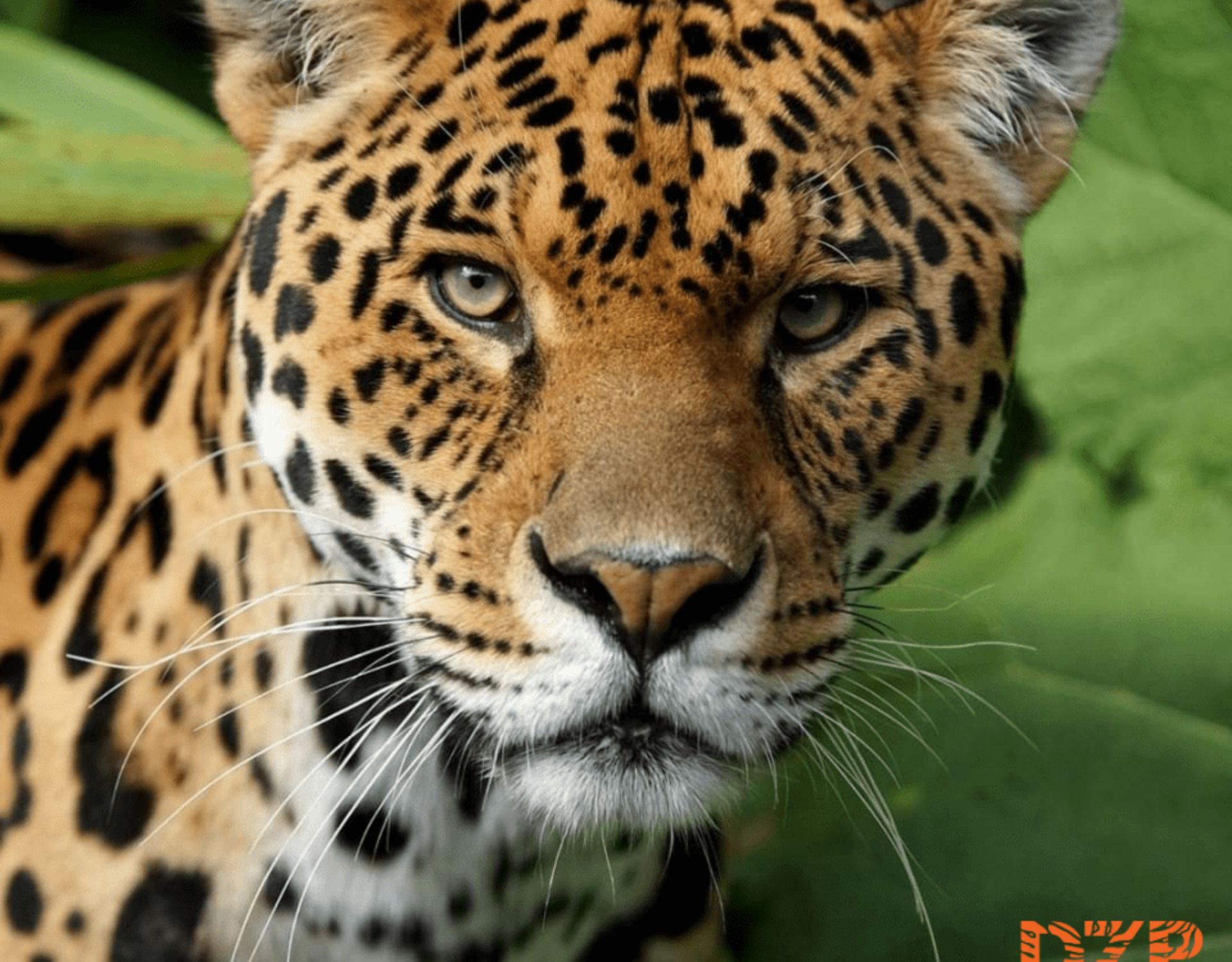 Dartmoor, Devon
Winner of Eden Channel's Top Wildlife Attraction of the Year 2011, and home of the Hollywood movie We Bought A Zoo, Dartmoor Zoo is a great family day out.
Read more... 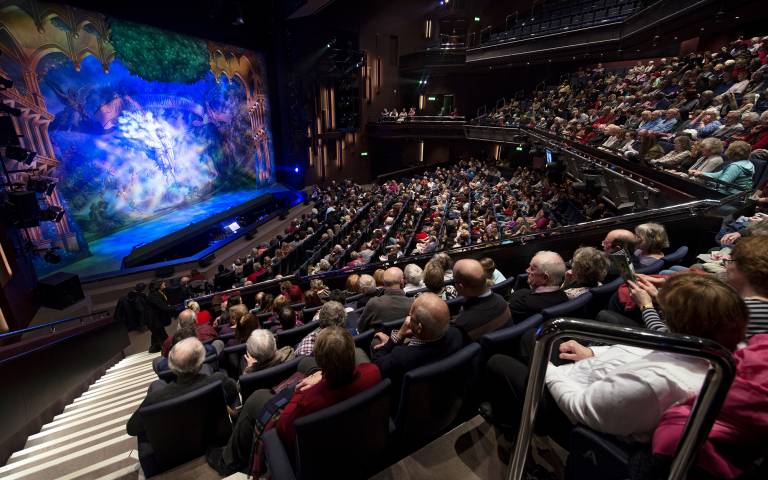 Plymouth, Devon
Theatre Royal, Plymouth, is one of the UK's largest regional producing theatres and regularly hosts large-scale musicals, plays, operas and ballets. Its main auditorium, The Lyric, seats 1,300 and has seen many a famous name tread its boards. It also has a 200-seat studio, The Drum, and a 50-seat studio, The Lab for smaller, more amateur productions. On a separate site, Theatre Royal Plymouth also has a production and learning centre, TR2, featuring rehearsal studios and workshops for the production of set and costumes.
Read more...

Mount Edgcumbe, Cornwall
At Adventure Segway it's all about being adventurous outdoors and is set in a place of stunning natural beauty. After one-to-one training with an instructor it is time to head into the Segway Skills assault course. Navigate through a series of precision based challenges, ramps, balance beams and limbo! After you’ve mastered new skills in our assault course – venture out and glide for miles on our instructor-led Wildlife or Coastal expedition!
Read more... 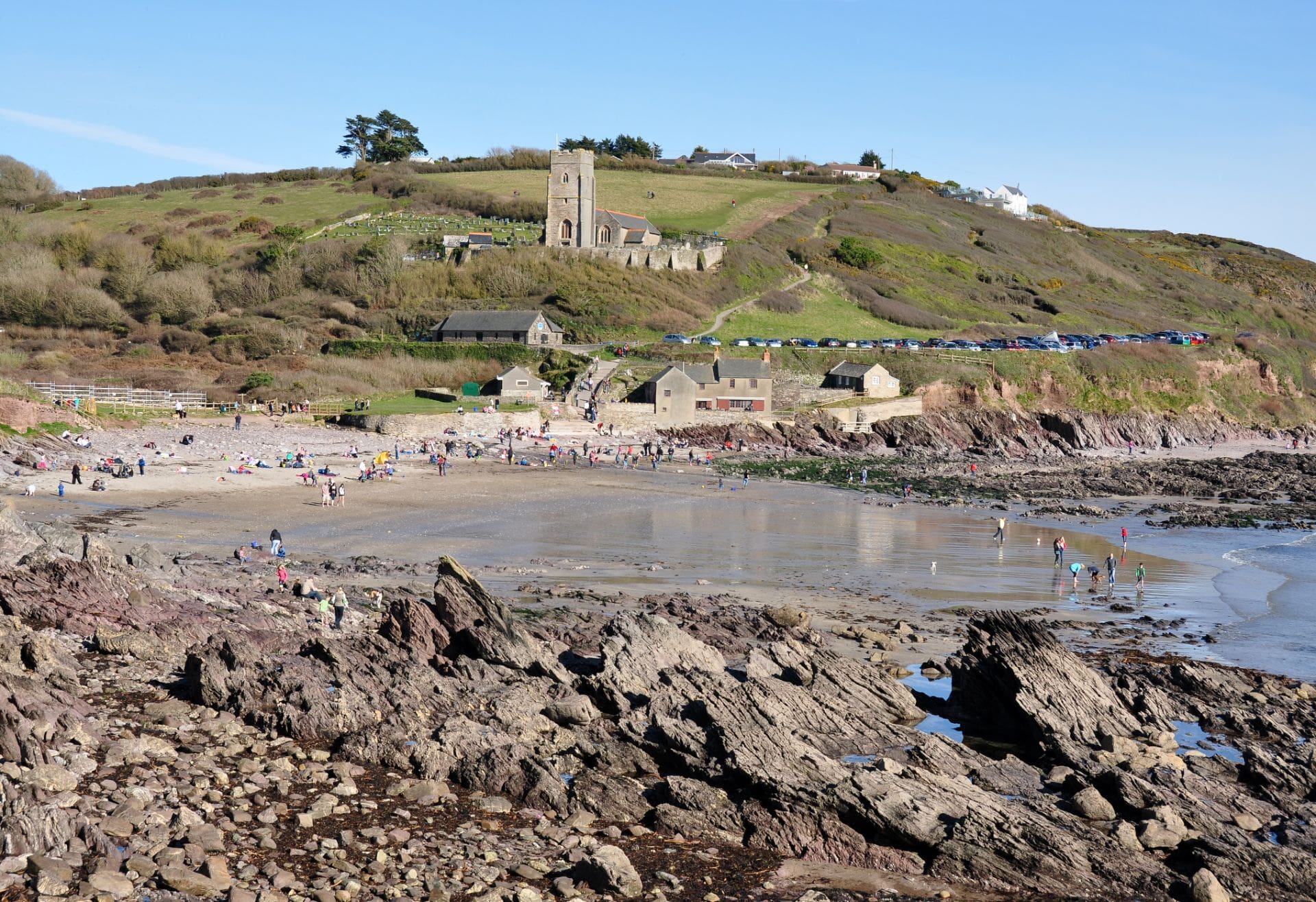 Wembury, Devon
Owned by the National Trust with its own Marine Conservation Centre and guided rock pool rambles, Wembury, is an Area of Outstanding Natural Beauty.
Read more... 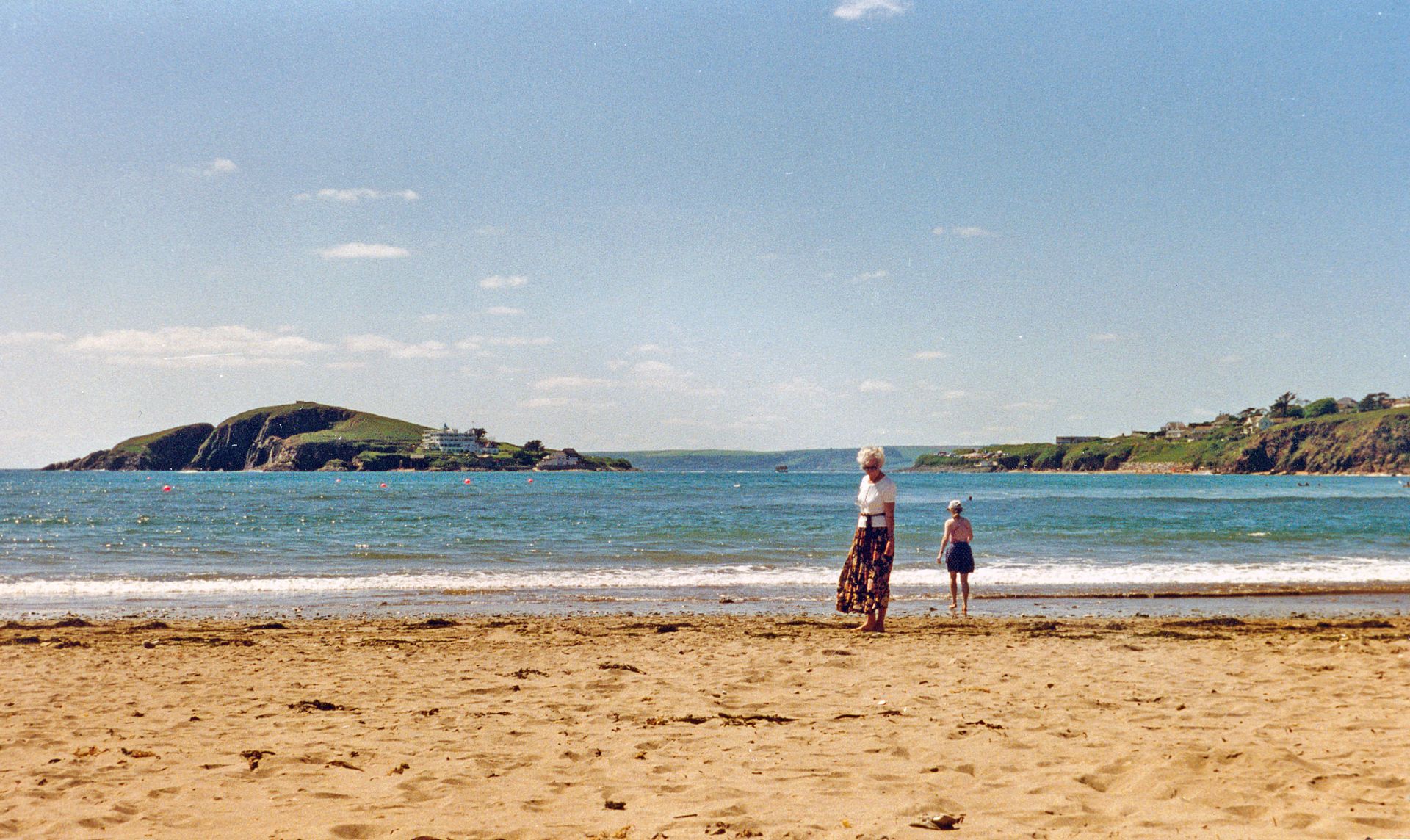 Kingsbridge, Devon
One of the best beaches in South Devon and ticks all right the boxes if you want a typical English seaside holiday. This beach is part of the designated South Devon Area of Outstanding Natural Beauty, has won awards from the Marine Conservation Society and holds the coveted Blue Flag, so you know it’s clean. Bantham is shallow and sandy so it’s great for families with young children who want to do a little swimming or paddling, and lifeguards are on duty from May to September. At low tide, you’ll find loads of rockpools that warm up quickly in the sun and are perfect for crab hunting.
Read more... 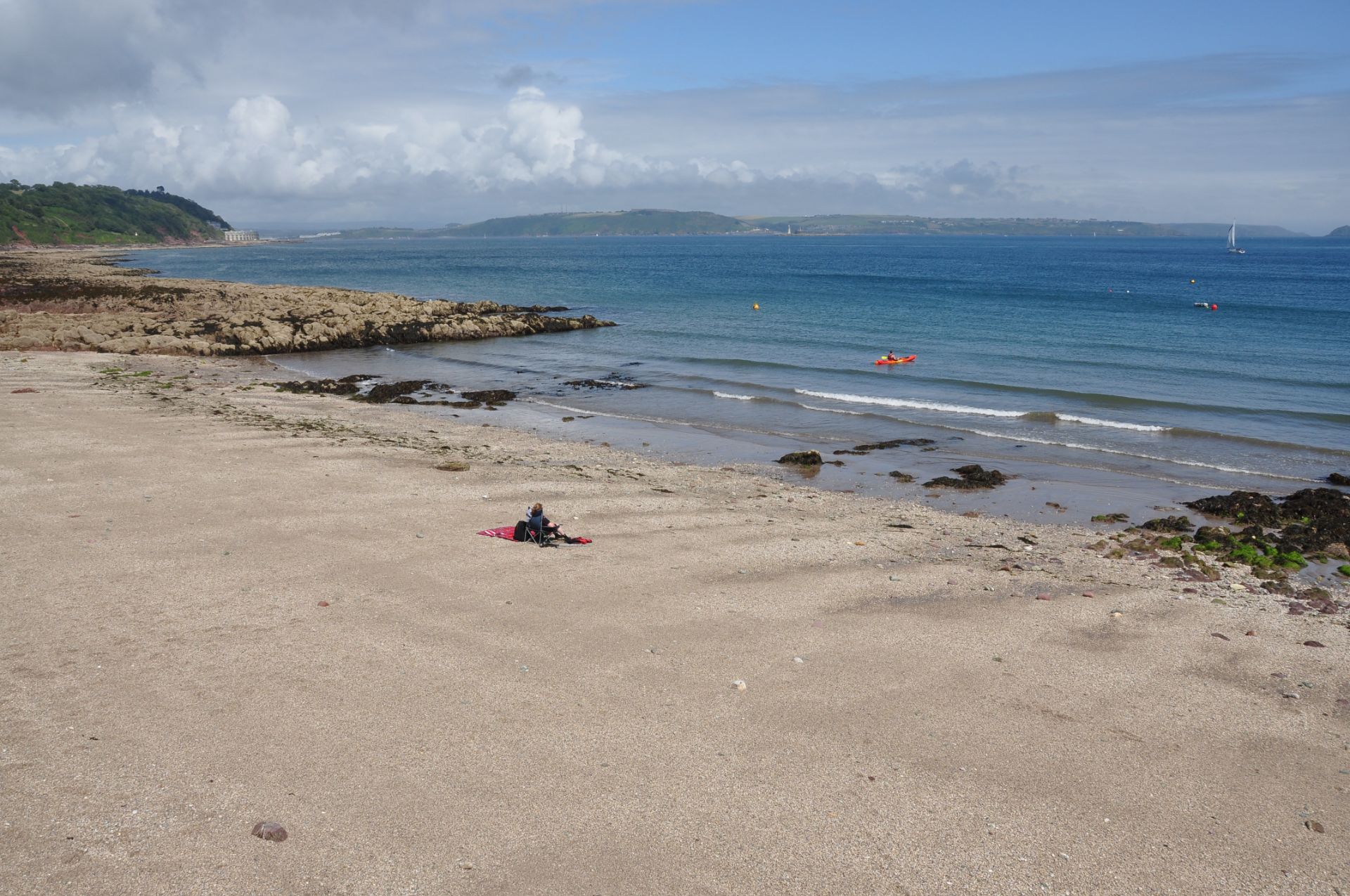 Kingsand, Cornwall
Small east facing beach of sand and shingle, fairly sheltered. There are rock pools to explore at Kingsand and access to both Kingsand beaches are via slopes and a few steps. There is parking in the centre of Kingsand.
Read more... 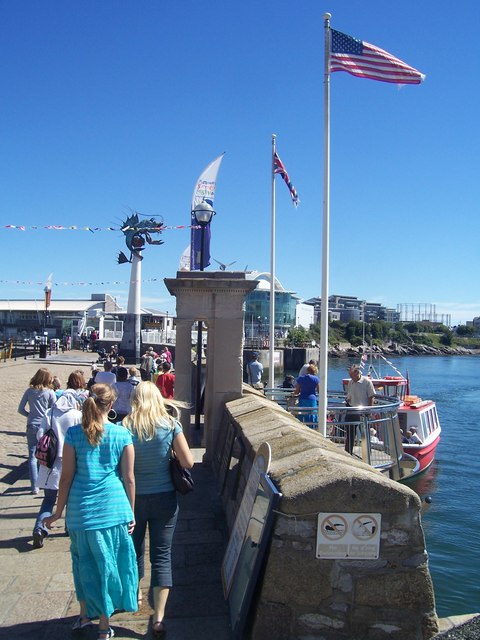 Plymouth, Devon
The Mayflower Steps in Plymouth's Barbican area is the spot where the Pilgrims are believed to have finally left England aboard the Mayflower before crossing the Atlantic Ocean to settle in North America on September 6, 1620. The Steps are flanked by the British and American flags.
Read more...

Plymouth, Devon
Set over three floors, The Mayflower Museum explores the story of the voyage of the Pilgrims aboard the Mayflower to the New World.
Read more... 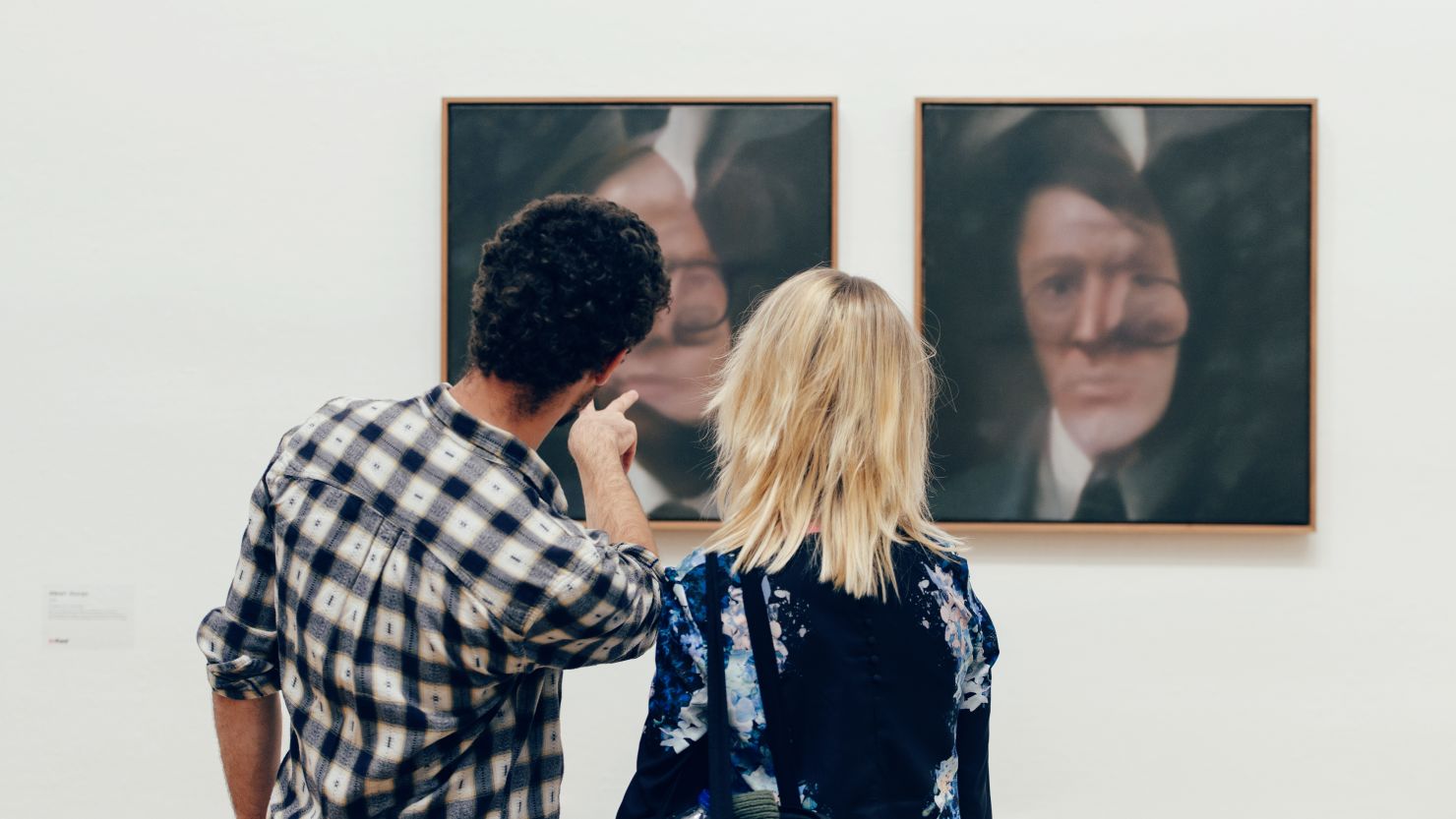 Plymouth, Devon
Formerly Plymouth Museum, this major redevelopment is the flagship project for Plymouth’s Mayflower 400 commemorations to celebrate the Mayflower ship sailing from Plymouth to America 400 years ago. The Box will provide a home for the city’s fascinating and vast historic collections. Visitors can expect extraordinary gallery displays, high profile artists and art exhibitions, as well as exciting events and performances that take visitors on a journey from pre-history to the present and beyond.
Read more...

Plymouth, Devon
On Plymouth's historic Barbican, you'll find an ancient doorway to 32 New Street which takes you back in time to Drake's Plymouth. This beautiful house is being expertly restored for the Mayflower 400 anniversary and is set to be one of the key legacy projects for Britain’s Ocean City. The House was built just before 1600 on the street that was originally called Ragg Street due to links with the cloth trade. The house was home to merchants and businessmen who wanted to work and sleep by the bustling harbour.
Read more... 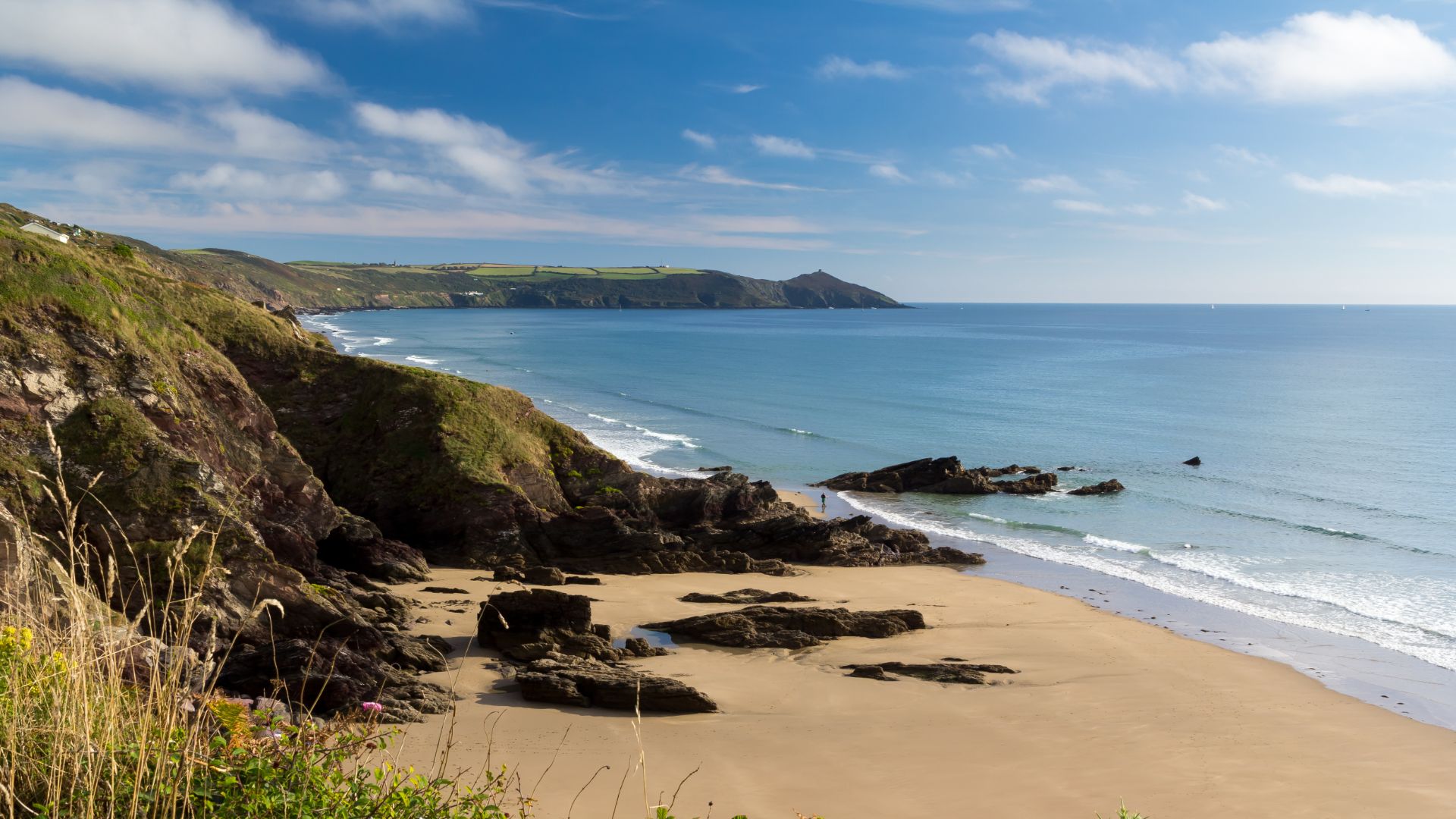 Considered by many as one of Cornwall's best kept secrets, Whitsand Bay is home to miles of unspoilt sandy beaches. Tucked away in South East Cornwall on the Rame Peninsula, an area of outstanding natural beauty, Whitsand Bay offers you the chance to get away from the crowds and discover Cornwall's true, natural beauty. From clifftop cafés, the South West Coast Path and sleepy fishing villages dotted along the coast, there's so much to explore.

This is some text inside of a div block. 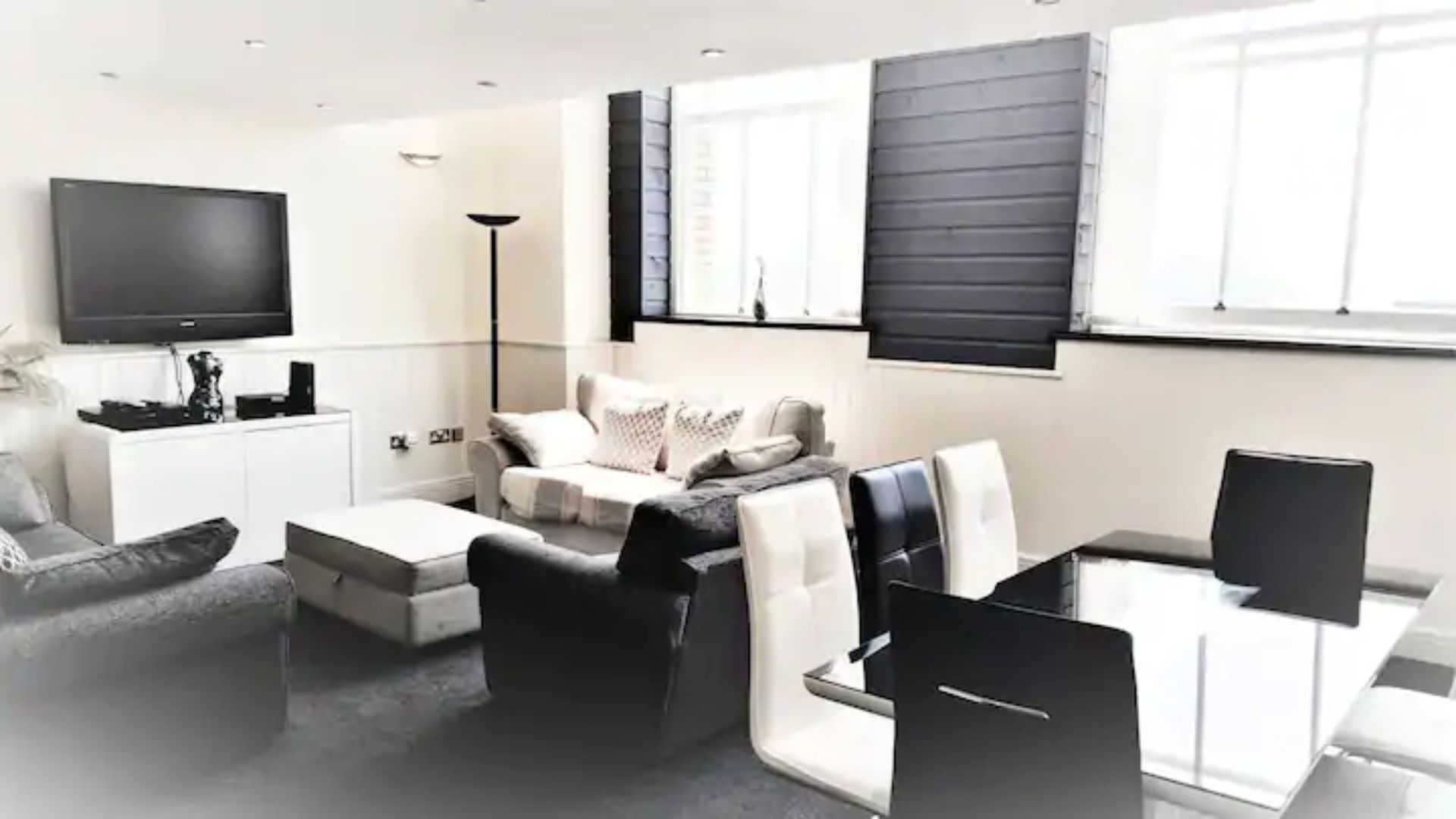 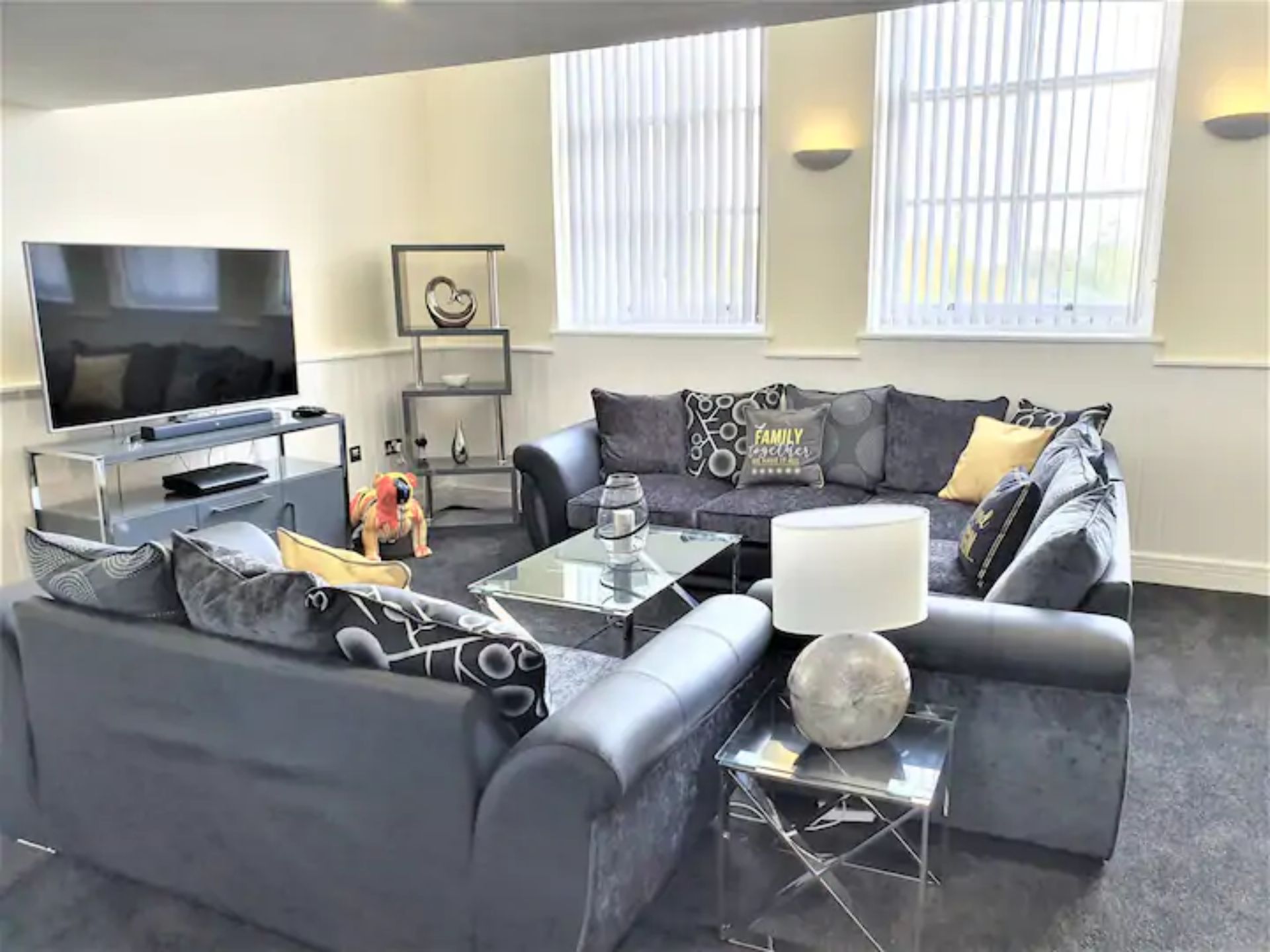 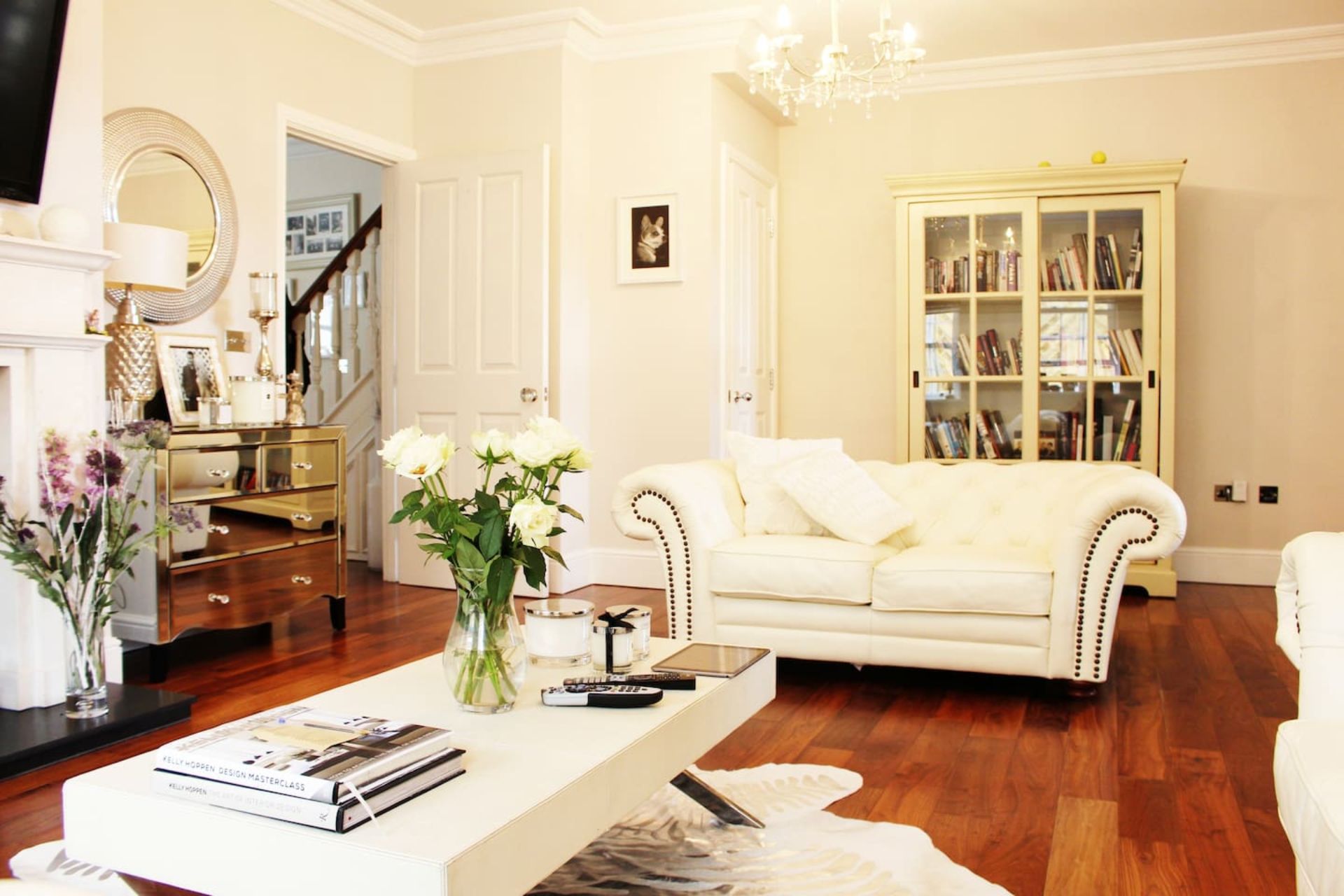 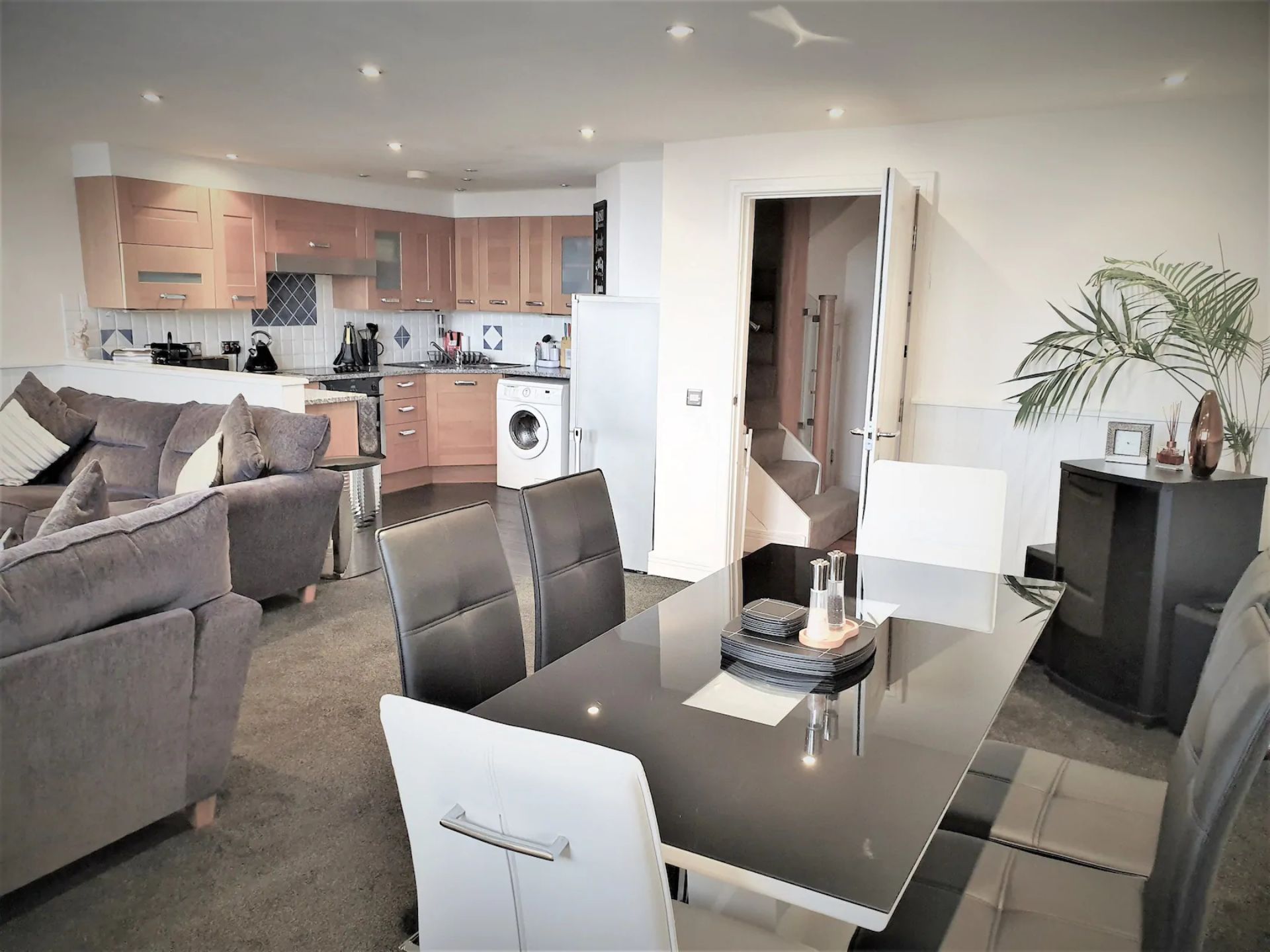 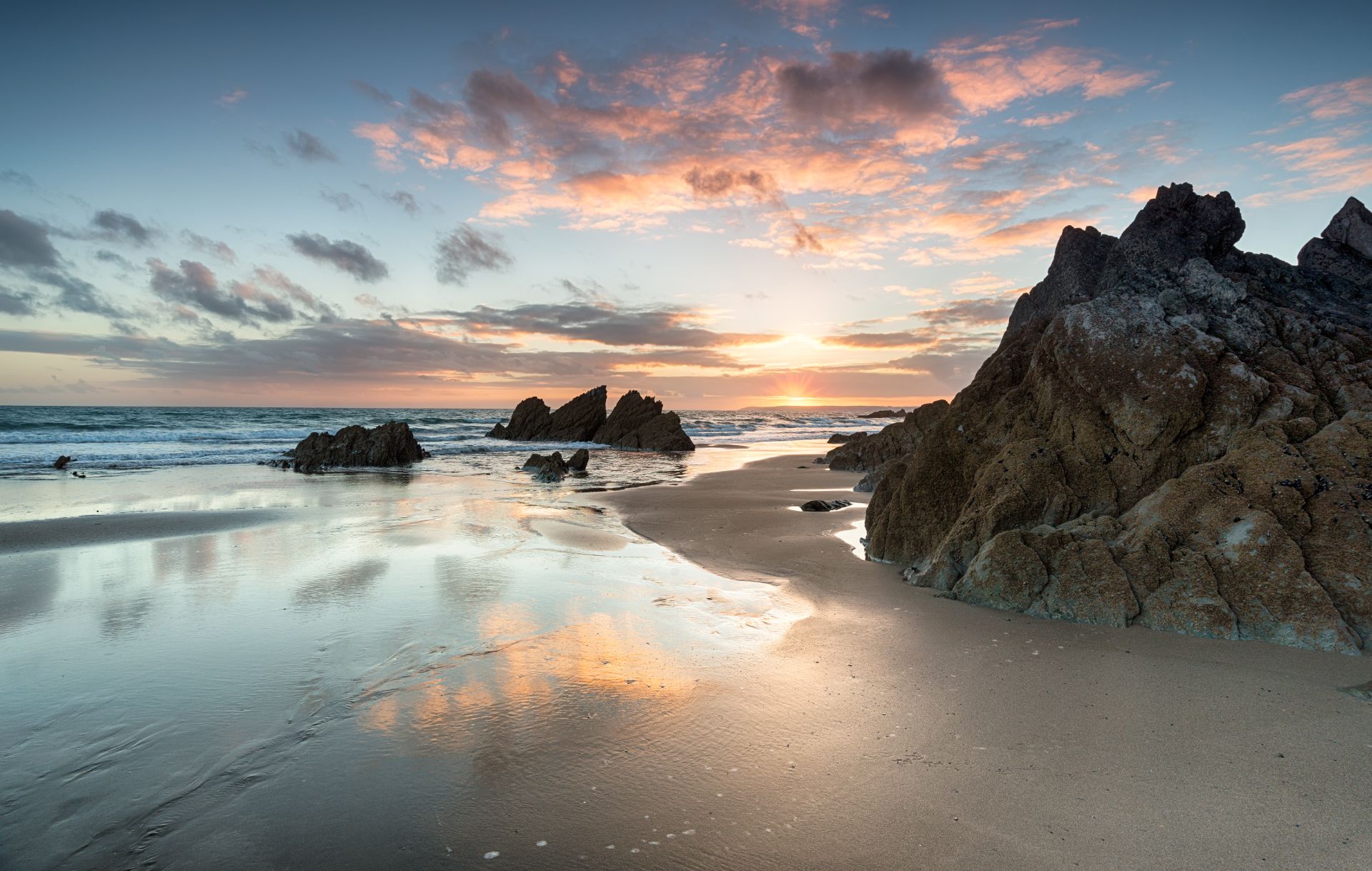 Our properties in the South West